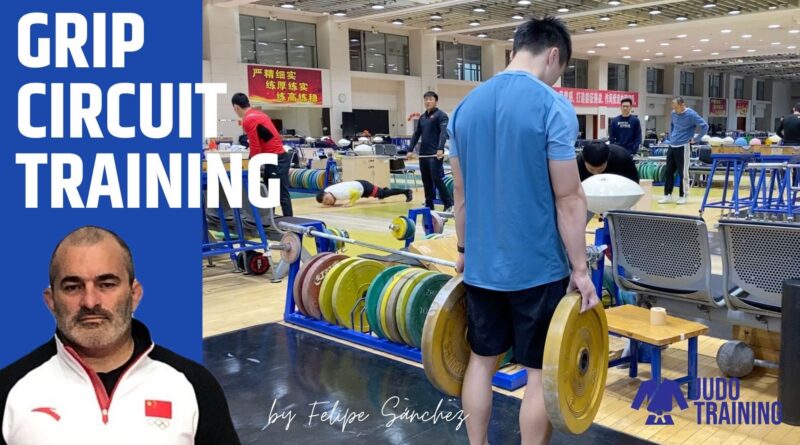 In our previous article about Testing your grip, Emerson Franchini talked about the importance of the grip: “Grip dispute is a key element in judo combats as, according to the rules, throwing techniques can only be performed after a grip is established. During a typical judo combat, approximately 50% of the time is spent in grip dispute”.

The research published by Lima et al. (2018) concluded that an official judo competition induced significant drop in handgrip strength from the third match and increased the RPE from first match. Medalists seem to have better recovery after the third match compared to nonmedalists.

During an official tournament, judo athletes perform several matches with short recovery periods (approximately 10 to 15 min) between them (Franchini et al., 2011). The successive efforts may induce muscle fatigue (strength decrement) determining the athlete’s performance over the competition, particularly in the final bouts (Detanico et al., 2015). Previous studies have found up to a 15% decrement in isometric handgrip strength after the second judo matches during a simulated competition (Bonitch-Góngora et al., 2012; Iglesias et al., 2003) and a decrement of up to 5% in the shoulder internal and external rotation peak torque after three simulated judo combats (Detanico et al., 2015).

Lima et al (2018) suggested to maintain optimum levels of neuromuscular performance in a tournament, strength and endurance exercises may be performed, especially using specific exercises involving pulling and pushing actions in gripping the judogi. Motor actions that require the forearms, fingers and back muscles should be developed for repeated muscle activation in both medalist and non-medalist athletes.

In this video you can watch one example of a circuit training developed by Judotraining to improve the grip and forehand strength for judo performance in the weight room. We suggest several exercises, dynamic and isometric, in order to improve the muscular endurance and delay the local muscular fatigue.