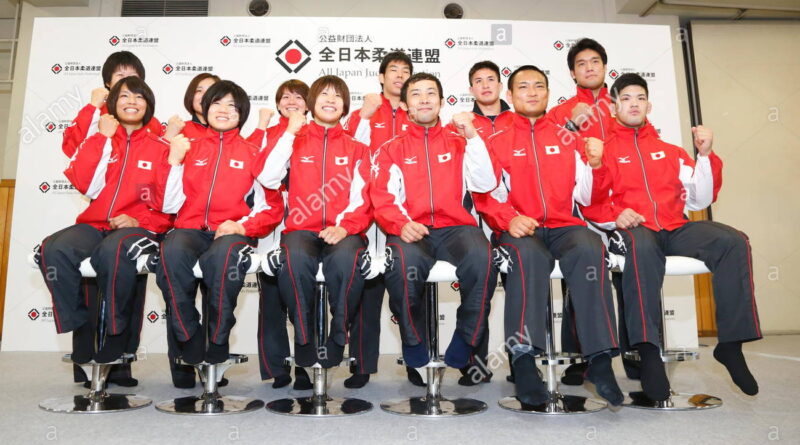 Check out this interesting article published by JC Yamamoto on his blog about the research carried out by Narazaki and Watanabe about specialization in Japanese judo athletes.

Recently, a report on an investigation carried out on the periods of specialization (high competition training) with which the Japanese representatives arrived at the Rio de Janeiro 2016 Olympic Games by Noriko NARAZAKI (Fukuoka University of Teacher Education) and Ryoko WATANABE (Kanazawa Gakuin University) was published on the Kodokan Official Website. The comparative study of the periods of specialization between female and male representatives aimed to obtain data that are of interest to improve the training planning of athletes in the junior category, so that the best prepared reach the senior category, minimizing the risks of injuries and burn-out.
To this end, the authors defined as the moment of beginning of the period of specialization the moment in which the athletes came to classify up to the 3rd place in the national championships of lower secondary students, upper secondary students or juniors.
According to this study carried out among the 14 Olympic representatives at the Rio de Janeiro 2016 Olympic Games in which the average age of female athletes was 24.7 ± 3.0 years (5 won medals) and of male athletes, from 24.0 ± 1.6 years (all obtained medals), it was possible to verify that female athletes arrived at the Olympics with an average duration of the specialization period of 10.5 years and an average age of onset of the specialization of 14.2 years, while male athletes came with 7.7 years of specialization and an average age of onset of 16.3 years.

This indicates that female athletes start their specialization period about 2 years earlier than their male peers. This is because, while all female athletes had qualified up to 3rd place in the national championships of lower secondary students (average age: 14.2 years), while among the men they had done so only 3 (average age: 15.0 years) and the remaining 4 only qualified until 3rd place in the national championships of upper secondary students (average age: 17.4 years). On the other hand, all the representatives, both female and male, had a history of having qualified until the 3rd place in the junior national championships, 5 were champions and 2 runners-up among the female representatives and 2 champions, 3 runners-up and 2 third places among the men. This indicates that a good performance at the junior national championships is a prerequisite for reaching the Olympic teams (selection “A”).
It should be remembered that the cadet world championships began in 2009, with a frequency every 2 years and that since that same year 2009, the junior world championships began to be organized every year, except the Olympic years. Also, since 2010, the Youth Games began to be organized. Between 2009 and 2012, the age for the world championships of catetes was from 15 to 17 years and since 2013, the age for the cadet championships became from 15 to 18 years and those of juniors, from 15 to 21 years and also, since the II Youth Games of 2014, the age for participation became 15 to 18 years (originally from 14 to 18 years).
Since the beginning of the cadet world championships, the Japan Judo Federation (AJJF) introduced 4 levels into its selection system: cadet selection (15 to 18 years old), junior selection (15 to 21 years old), senior selection “B” and senior selection “A”.

f one takes into account that female athletes “explode” and start their period of specialization at a younger age than men, it could be said that it is curious that the average age of female representatives at the Rio de Janeiro 2016 Olympic Games was slightly higher than the male one, although it could also be considered that the average age of male representatives was extraordinarily low with a much longer period of specialization. short. The only member of the team participating in Rio de Janeiro 2016 who participated in the previous London 2012 games was Masashi EBINUMA who arrived at 26.4 years old (the oldest of the group) with 11.9 years of specialization started at 14.5 years old and won the gold medal, as in the previous games. This is reflected in the replacement that there was in both teams, since while, of the 7 members of the women’s team, only one, Miku TASHIRO (-63 kg) has managed to maintain his place in the team for the Tokyo 2021 Olympics, in the men’s team, 4 members (TAKATO, OHNO, NAGASE and HARASAWA), have been able to maintain their place in the team, causing the average age of the men’s team to rise in the next games.

heir period of specialization at a younger age (average of 14.2 years), has also caused 6 athletes of the 7 to change weight category until their Olympic participation and one of them, Misato NAKAMURA (52 kg) did it 2 times, while, in the men’s team, 3 of the 7 changed categories after starting their specialization period, albeit at a somewhat older age. This indicates that, at least among the elite athletes studied, the change of category has not affected their performance.
Naohisa TAKATO who qualified 3rd in the -60kg category at the Rio de Janeiro 2016 Olympic Games with 23.2 years of age and 8 years of specialization after having been national champion of secondary students under 15.2 years of age, would arrive with 28.2 years to the next games and 13 years of specialization, after the year of postponement due to the COVID-19 Pandemic. TAKATO, by participating and winning in the First Cadet World Championships of 2009 (Budapest) was the first and only male representative to be world champion in the categories, cadet, junior (Cape Town 2011) and senior (Rio de Janeiro 2013, Budapest 2017 and Baku 2018). For example, the 2-time senior world champion, Hifumi ABE, was world champion cadet (Miami 2013) and junior (Fort Lauderdale 2014), while Ryuju NAGAYAMA was world champion cadet (Kiev 2011) and junior (Abu Dhabi 2015), only managed to qualify 3rd in 2 world championships (Baku 2018) and Tokyo 2019).
Among the Japanese female athletes, there are 3 who won the 3 championships, Ami KONDO who won in the same year (2014) the junior and senior world championship (Kiev 2011, Fort Lauderdale 2014 and Chelyabinsk 2014), Sara ASAHINA (Kiev 2011, Fort Lauderdale 2014 and Marrakesh 2017 and Baku 2018) and Akira SONE (Sarajevo 2015, Zagreb 2017 and Tokyo 2019). Miku TASHIRO is one of the cadet (Budapest 2009) and junior (Agadir 2010) world champions who did not get any senior world championships, although she achieved 2 runners-up (Baku 2018 and Tokyo 2019) and 2 third places (Chelyabinsk 2014 and Astana 2015). Those who emerged as cadet and junior world champions and did not compete in a senior world championship are Hiromi ENDO (Budapest 2009 and Cape Town 2011) and Ryoko TAKEDA (Sarajevo 2015 and Nassau 2018).

Ami KONDO was bronze medalist of the -48kg category at the Rio de Janeiro 2016 Olympic Games where she participated with 21.2 years and 5.9 years of specialization period with 15.3 years, being the oldest in age to start that period. Coincidentally, the only non-Japanese to win the 3 world championships is the Ukrainian Daria BILODID who won in Sarajevo 2015 (-44kg), Nassau 2018 and Baku 2018 and Tokyo 2019, the last 3 in the very competitive -48kg category. It should be remembered that KONDO announced its withdrawal from competitions at the beginning of 2020, a few months before turning 25 years old, as it could not qualify for the Tokyo 2020 Olympic Games.
A particular case among the winners of the 3 championships is the one that occurred between the aforementioned Sara ASAHINA and Akira SONE who fought a duel in this last Olympic period in the +78kg category, which ended up placing SONE in the Olympic team by winning the Tokyo 2019 World Championship and the Osaka 2019 Grand Slam.

For his part, Shohei ONO, champion of the -73kg category at the Rio de Janeiro 2016 Olympic Games is the only member of the men’s and women’s Olympic team who will try to win a second gold medal at the next Tokyo 2021 Olympic Games. When he won in Rio de Janeiro 2016, ONO was 24.5 years old and had a specialization period of 8 years, as it is recorded as the starting age at 16.5 years, the age at which he won in the national championships of upper secondary students (he did not qualify among the lower secondary students). ONO was also national and junior world champion (Cape Town 2011) and 3 times senior world champion (Rio de Janeiro 2013, Astana 2015 and Tokyo 2019), there were still no cadet world championships when it corresponded to him due to his age.

According to another study among different sports on the ages of onset of competition, initiation of specialization and onset of high performance, the average age of onset of competitions in Judo is 8 to 10 years, the age of onset of specialization from 15 to 16 years and high performance from 22 to 26 years. For example, these ages for long-distance running are respectively 14 to 16 years old. 17 to 20 years and 25 to 28 years, while, in swimming, they are from 7 to 9 years, 11 to 13 years and 18 to 22 years among women and 7 to 8 years, 13 to 15 years and 20 to 24 years among men.
Although to draw definitive conclusions, similar studies should be carried out of the teams that participated in the previous Olympic Games, some data are still interesting to take as a reference in the preparation of athletes so that they arrive in optimal condition in the senior category and can develop a career as extensive as possible at the highest level.