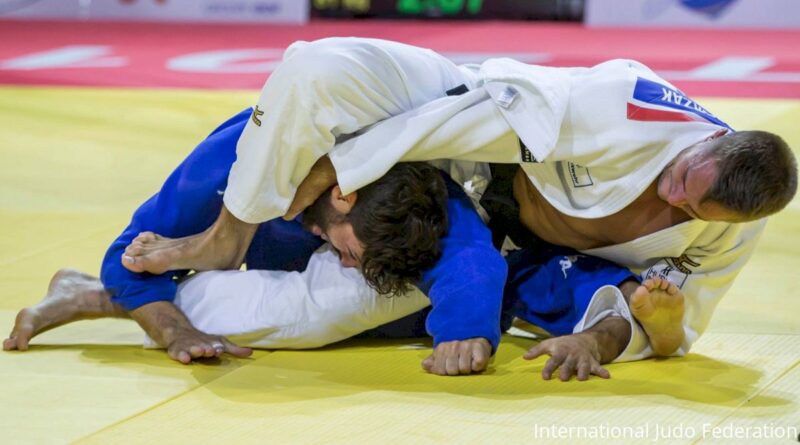 Objectives: We aimed to investigate the incidence rate of unconsciousness related to shime-waza and the accompanying symptoms by age categories using video analysis of the Judo World Championships.

Methods: We included 6918 elite judo athletes and 7426 bouts from the Judo World Championships between 2015 and 2021. Incidence rates of matches settled using shime-waza and unconsciousness were calculated by age categories: cadet, junior, and senior. Furthermore, in cases of unconsciousness resulting from shime-waza, the duration of choking initiation and release, unconsciousness, and awareness were recorded from video analysis and compared by the presence of post-awareness symptoms. A relationship between the duration of shime-waza and the post-awareness symptoms was investigated using receiver operating characteristic analysis.

Conclusions: Considering the risk of unconsciousness and accompanying symptoms resulting from shime-waza, appropriate education and responses are required.