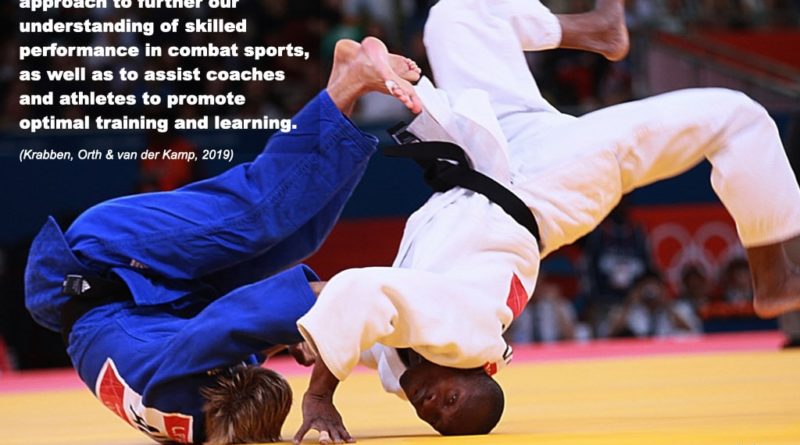 Research Performance
May 10, 2020May 19, 2020 Judo Training Performance, Research
Spread the knowledge!
Combat As An Interpersonal Synergy An Ecological Dynamics Approach To ComDownload

I have selected this article (Combat as an Interpersonal Synergy: An Ecological Dynamics Approach to Combat Sports) because I think the perspective they approach for the understanding of combat sports very interesting and necessary. For several decades, combat sports carry traditional training methodologies, which have been going from teachers to students, from coaches to athletes and they were repeated cyclically. This way of transmitting is correct, however, on many occasions it has lacked critical reflections and improvement by their interpreters. And perhaps today, thanks to the media and gaining knowledge, combat sports coaching is more open for doubts, questions and reflections on the means and methods of training.

In fact, Krabben et al., (2019), start their article like this; they question that the majority of published works and forms of training in combat sports are around a single individual (a fighter). Many references appear in terms of analytical behaviors and training of the athlete only, or with a partner who is passive. These proposals are very far from the internal logic of combat sport, actually, fighting is a system of constant interaction between two fighters. Where each of them is continuously receiving information and acting according to what they consider. In general lines, the most determining factor in combat sports is not technique (as it was traditionally considered), but continuous decision-making (perception-action). That is, what to do, how to do and when to do. These authors, in addition, establish an attack-defense continuum, where both fighters continually exchange roles in the game. This makes each of them aware of their chances of taking risks or not depending on their chance of success. So a series of advantageous or not possibilities are created based on their own perception during the fight (opportunities / limitations). In conclusion, combat sports coaches must “teach” and “train” our athletes to handle the information they perceive to act efficiently, so that the risk they take allows them to have a greater chance of advantage than disadvantage. In this line, they propose 3 types of training situations, where the information is different (Pict. 2):

In this line, and considering the 3 previous situations which pose different training scenarios, depending on the limitations of the task (alone, with a prearranged partner or the fight). They launch a methodological proposal based on the limitations that appear regarding the distance of the partner, and regarding the possibilities of interaction (Pict. 3). Understanding that changes in the distance between fighters can be considered as a limitation in achieving the objective of the task, mainly offensive.

In conclusion, this article, recommended reading for combat sports coaches, raises the need to understand the elements of distance as a possible limitation or enhancement of opportunities within the continuous relationship between both fighters. At the same time, it invites to pose confrontation tasks where, perhaps the most interesting thing is to observe how athletes make decisions based on the perception-action intrinsic to that combat.

What you just read is a simple interpretation of the mentioned article. Do not stop reading it to take advantage of all its content.