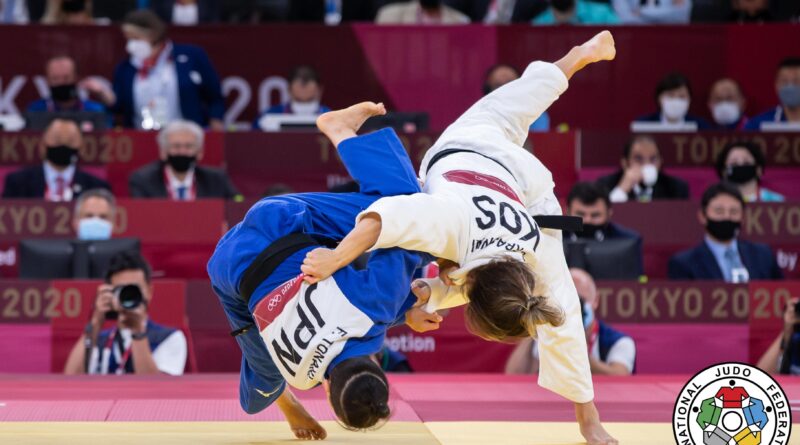 This study aimed to analyze the distribution of judo matches in the Tokyo 2020 Olympic Games, considering matches in the regular duration (≤4min) and during the extra time (the golden score) according to sex, scores, penalties, phases of competition, weight categories, and judo techniques. The data were extracted from the Official Results Books of the Olympic Games in Tokyo 2020. The combats were divided in matches that were finished in the regular duration and that were finished by the golden score, with a total of 450 matches. The Chi-square test was used to identify the association between all variables and different groups of matches duration, with the level at p < 0.05. The main results demonstrated significant association, considering sex and frequency of matches in the regular time (χ2 = 6.59; p = 0.010) for female athletes. The majority of matches ended in the 3–4 min (χ2 = 204.16; p < 0.001), scores were mostly awarded in the regular time and penalties in the golden score (χ2 = 48.72; p < 0.001), and few matches ended by the golden score for heavyweight athletes (χ2 = 15.16; p = 0.019). Therefore, a high number of matches ended in the golden score in the Olympic Games Tokyo 2020, with a high number of penalties in this competition.