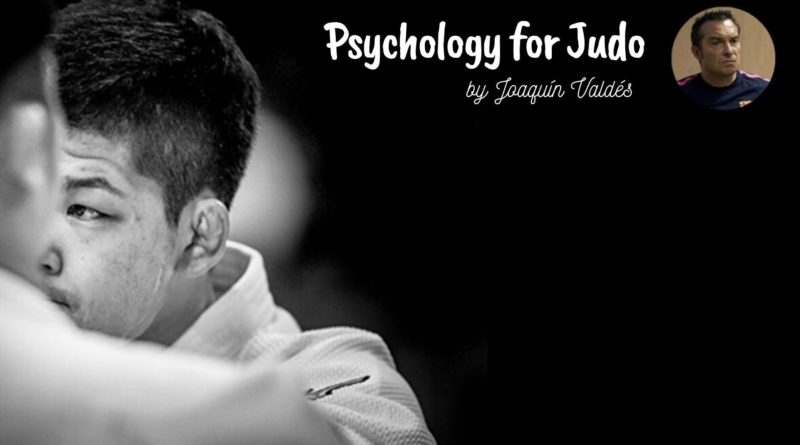 Our friend Joaquín Valdés will collaborate with JUDOTRAINING team and will help us to to understand better how psychological aspects can affect judo performance.

Regarding its popularity, the figure of the sports psychologist is probably less “known” for the media in some sports respect others. This does not mean that the psychological factor is less important. In fact, I dare to affirm there is not a coach, in any discipline, who does not agree with the importance of the psychological factor in their athletes’ performance. Wherever sports behavior is manifested, it is always determined by a psychological process. When we talk about high level judokas, we are talking about a specific part of our sport: competition. How many times we have seen judokas with some excellent conditions, great attitude, hours and hours of training, that when they get to competition they are not able to endorse all that work on the tatami? Everything may come down in few seconds for different reasons: low confidence, demotivation, nervousness, concentration problems… and they all have something in common: they are “psychological”. When an athlete wants to be in the elite, he/she has to take care of all aspects that influence his/her performance: technical, tactical, physical and psychological. In High Performance, the smallest detail adds up to gain an advantage over your rival. All of them are trainable, and therefore they are all important. Judokas who reach the highest level do so through the combination of two factors: talent and effort.

Logically, the amount of talent and effort is a continuum of greater or lesser size, not a fixed amount. As well as talent has limits, effort can lead us to overcome unimaginable limits. This is where psychological training can help the highest level judoka the most. When we work on aspects such as motivation, self-confidence, attention, control of the level of activation and stress, they are not influenced by talent but they can lead us to our best sports version.

It seems essential to manage the level of activation of our athletes before a fight. As coaches, how could we help our judokas to manage that? Just before going out to compete, in the previous moments…

Indeed, a competitor who goes into a fight with the right level of activation can make the difference between winning or losing. I do not mean that if adequate regulation is achieved, the result is already assured, because there are many other factors involved in this result, but I can affirm that we will increase our probabilities of success. High level athletes who have not worked with a psychologist have not reached the highest level of chance, but they have done so by putting psychological skills into practice without being aware of them. Our mission on many occasions is to make them aware of that so they can put it into practice regularly whenever they need it. Regulating our level of activation requires prior education and training before its implementation so we will be able to do it correctly, which would require working with a sports psychologist, but there are always actions that coaches can implement to help their athletes.

We have to be aware of taking this into account, because if not we can cause counterproductive effects in the judoka, such as raising the level of activation already above the optimum with comments or instructions at any given time, or vice versa. Both the excess and the deficit at the appropriate level of activation will negatively influence performance.

There are different ways to lower, maintain or raise the level of activation. At the physiological level, one of the most important is to manage respiration. Properly used, it can serve any of the mentioned needs. If you have to lower it, you will need a type of breathing that is broader and deeper than what you are doing in order to oxygenate properly. If you have to raise it you will need an intermittent and heavier type of breathing. And if what you want is to maintain it, it will be enough to continue doing what you are doing at that moment.

Also, the movements made during physical warm-up are very important to lead to “mental warm-up”. As the competitor prepares physically to get his/her body ready for the fight that follows, he/she must do it mentally. The thoughts the competitor has, together with the comments received during this period, will make the level of activation vary. If we perceive that the level of activation is excessive, the messages must be directed to the “strengths” he/she has, as these will generate confidence and control over the situation, they depend on him/herself (the gripping skills that has worked so hard, the physical background that makes it tireless, its ne-waza skills…). If we perceive a too low level of activation, we will focus those messages more on the “strengths” of the adversary, seeking to raise his/her alertness (for example: “beware of…”).

Anyway, training the control of the level of activation properly requires much more in-depth work than the simple explanation given in these lines. The ideal situation would be the judoka

knowing by him/herself how to regulate his/her level of activation and at the same time that his/her coach also knows this self-regulation tool, since helping to regulate your judoka will require your self-regulation ability as a coach, so if we are not conscious we will transmit our own emotions, which may or may not be what the judoka needs at that moment. In this sense, there is another very important tool that the coach must master: communication. So that what he/she says is coherent with what he/she really transmits, since all this will influence the variability of activation.