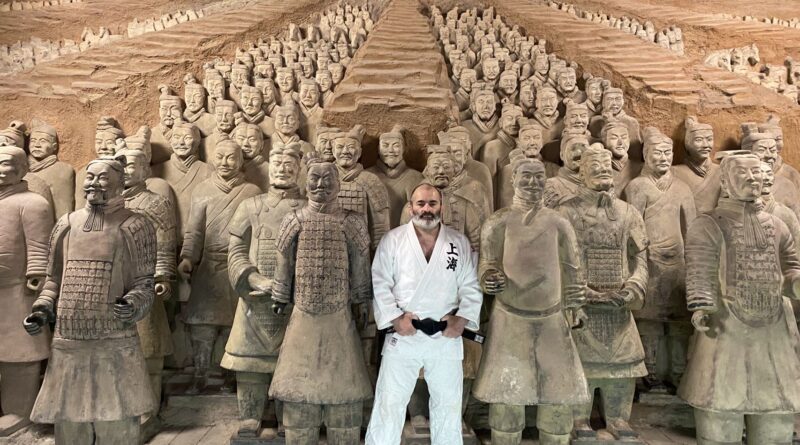 Thanks to Judoinside for this great article.

We started our project in Shanghai Judo Team but now is time for a new challenge, and Judotraining will keep updating information about judo training for all our followers, but now in cooperation with Chinese National Team. For sure an amazing challenge! Stay tuned!

The road to the Asian Games and Paris 2024 Olympic Games has already begun for Chinese Judo Team. Felipe Sanchez has been named the China Team head coach

Sanchez: “I am honoured and proud that I can be the head coach of the Chinese National Team. First and foremost, I would like to thank Chinese Judo Association for the fact that I can take on such a great challenge. China is aspiring to become a leading power in the world of sports and I am sure that together we will be able to fight for medals at the Olympics in judo”.

Sanchez began his role few weeks ago and now he is leading is first training camp in Beijing with a total of 80 athletes.

During this camp the new coach is helped by national coaches from different provinces. “It is a very young staff but with great desire to help the new generation to achive important things” Felipe said.

Japanese coach Hirofumi Yamamoto, junior world champion and medalist in Grand Slams, and Chinese coaches Cheng Xunzhao, bronze in Rio 2016, Shi Junjie, world champion in 2007, Lu Tonjuang and Yang Junxia both Olympians at Tokyo are some of the coaches who will help to develop this new project.

Chinese judo’s future remains bright, but in 2022 it will be time to begin turning promise into results. Xu Shiyan, Ma Zhenzhao or Qing Daga are called to be some of the key athletes.

Felipe’s first goals are on the table. The first is to win gold medal in Asian Games 2022, that will be held in Hangzhou, and second is to qualify athletes for the Paris 2024 Olympic Games, where he will seek to take the medals.

“Qualification race will start in June 2022 and will continue until June 2024. I hope we can participate in IJF Tour soon despite the current pandemic situation”.

Sanchez is a spanish coach who began his coaching career as a head coach at University of Oviedo (Spain) 20 years ago. He also spent time as a Sports Coordinator of RGCC and as Assistant coach at Spanish Sambo National Team, before moving to Chinese Olympic Committee as a performance coach and later to Shanghai Judo Team as a head coach.

In addition to his Judo Coaching License, Felipe holds a Master’s degree in Sport Sciences with an emphasis in High Performance from Spanish Olympic Committee.