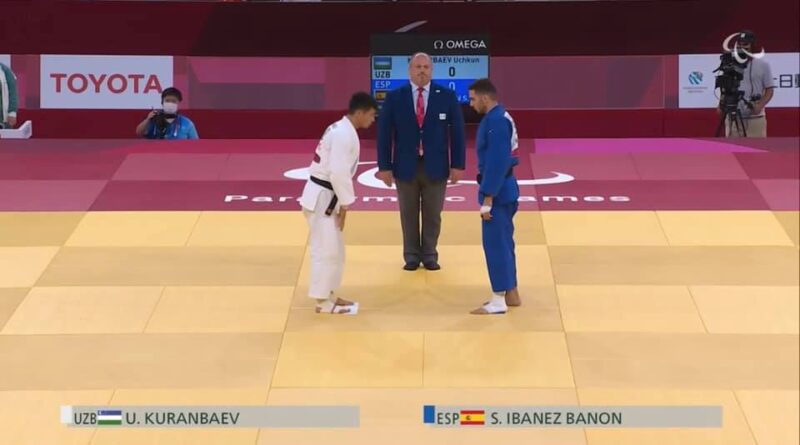 Peripheral vision is often considered vital in (combat) sports, yet most experimental paradigms (e.g., eye tracking) ignore peripheral information or struggle to make inferences about the role of peripheral vision in an in-situ performance environment. This study aimed to determine where visual information is located in the peripheral field during an in-situ combat sports task. Eight advanced judokas competed in grip-fighting exchanges while wearing a mobile eye-tracker to locate gaze direction. Three-dimensional position data of the head and hands were tracked using a VICON motion capture system. Gaze analysis through automatic feature detection showed that participants predominantly fixated on their opponent’s chest. Kinematic data were used to calculate the angles between the opponent’s hands and the gaze-anchor point on the chest of the opponent. Results revealed a nonlinear relationship between visual field (VF) size and visibility of the hands, with athletes needing a VF of at least 30-40 degrees radius to simultaneously monitor both hands of the opponent most of the time. These findings hold implications for the regulation of Paralympic judo for athletes with vision impairment, suggesting that a less severe degree of impairment should be required to qualify than the current criterion of 20 degrees radius.