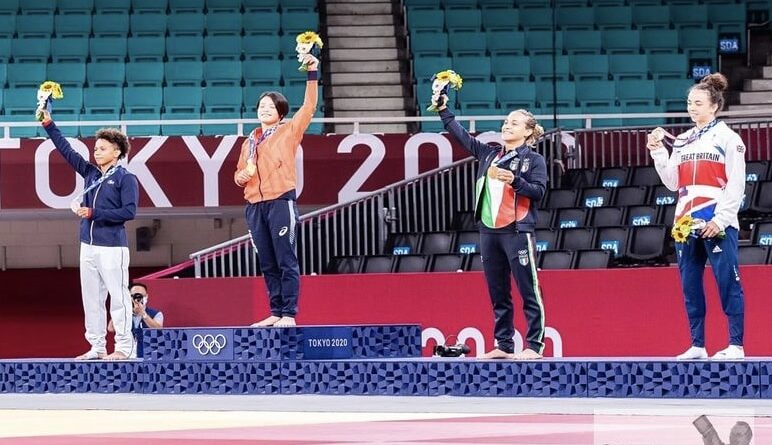 The original article was written by Marcus Agostinho in his blog JudoBase. Check it out and find very useful information for coaches and judo athletes (in Portuguese).

Similar to the data presented after the Rio 2016 Olympic Games (see here) and after the 2021 Senior World Championships (see here), I will present in this post some additional observations about the medalists of the Tokyo 2020 Olympic Games:

+ Results in Cadet and Junior World Championships in previous years

Two Olympic champions deserve to be highlighted:
In 2009, by becoming cadet world champion (U-17), Naohisa Takato began a winning career, including gold at the 2011 Junior World Championships, the 2013, 2017 and 2018 Senior World Championships (in addition to bronze in 2014) and the Tokyo 2020 Olympic Games (in addition to bronze in 2016).
2017 cadet world champion in the -73 kg category, Lasha Bekauri would once again climb the top podium slots at the 2018 and 2019 Junior World Championships before winning Olympic gold at the Tokyo 2020 Olympic Games (in the -90 kg category).

As observed in the 2021 Senior World Championships medalists, the age of olympic medalists this year ranged from 20 (Daria Bilodid – UKR) to 32 years old (Teddy Riner – FRA).

+ Positioning in the summary (keyheads)

Most of the medalists were positioned as the head of the key (among the top 8 in the World Ranking of their category). More than half were between 1st and 4th position in the summary, which in most cases has the advantage of having a fight less than other competitors.

In the women’s, 22 medalists were among the top four in the World Ranking of their categories. Only 2 non-key-headed athletes took the podium (Centracchio/ITA and Taimazova/ROC).

In the men’s, 14 medalists were among the number 1, 2, 3 or 4 key heads. Six categories had medalists who were randomly drawn in the summations, being 2 champions (Ono/JPN and Nagase/JPN), 1 runner-up (Trippel/GER) and 4 bronze medalists (Mkheidze/FRA, Cargnin/BRA, Borchashvili/AUT and Riner/FRA).

Almost two-thirds of Olympic medalists participated in up to three IJF World Judo Tour events before competing in the Olympic Games. Most have won one or more medals in these previous entries, and only 6 athletes from this group have taken the podium for the first time in 2021 at the Olympic Games: Ono/JPN, Aguiar/BRA, Cargnin/BRA, Cho/KOR, Centracchio/ITA and Ortiz/CUB.

More than half of olympic medalists did not participate in the Senior World Championships, which took place a month and a half before the Olympic Games. In fact, only 11 Olympic medalists had climbed the podium at the last Senior World Championships and only France’s Clarice Agbegnenou won 2 gold medals in these events (in fact 3, if we count the medal in the team race).