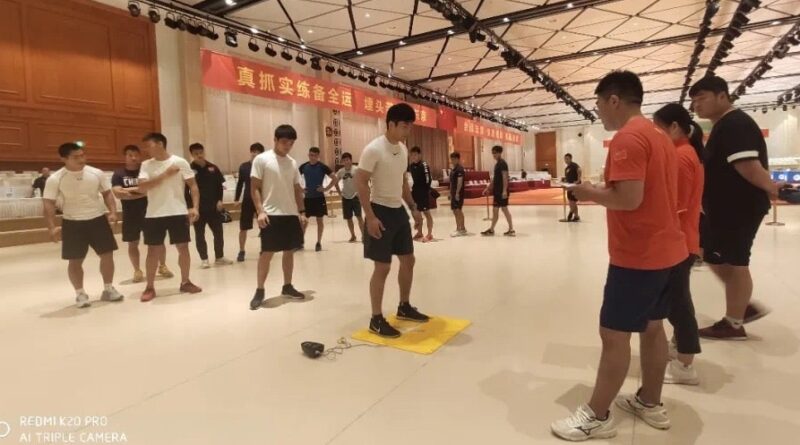 Vertical jumping has been described as a complex human movement that requires a high degree of motor coordination between upper- and lowerbody segments (Markovic et al. 2004). The maximum jump height achieved by an individual, which is an indicator of leg muscular power, can provide key information about their functional capacity and performance in many sports (Bui et al. 2015).

The data presented by these studies provided valuable reference values of physical fitness in other judo practitioners (e.g., coaches, fitness trainers) to evaluate and monitor their judokas.

In this article we show the results of the jump test performed by China Judo Team during the training camp and competiton celebrated in Jiansu province in August 2020.

A total of 142 judo athletes (56 male and 86 female) with national and international level were tested by China Judo Association. The athletes did two attempts of Abalakov Jump, using the best jump for data analysis. The method for measuring jump height was a contact mat.

Meanwhile most of the scientist papers tested the jump ability with the Countermovement Jump (CMJ) or the Squat Jump (SJ), here athletes were tested with the Abalakov Jump (AJ) which is used as part of the Bosco Jump Test Protocol. In this test, arm swinging is allowed to assist in generating maximum height.

Testing vertical jump may be appropriate for athletes participating in sport which require high-levels of explosive strength as judo.