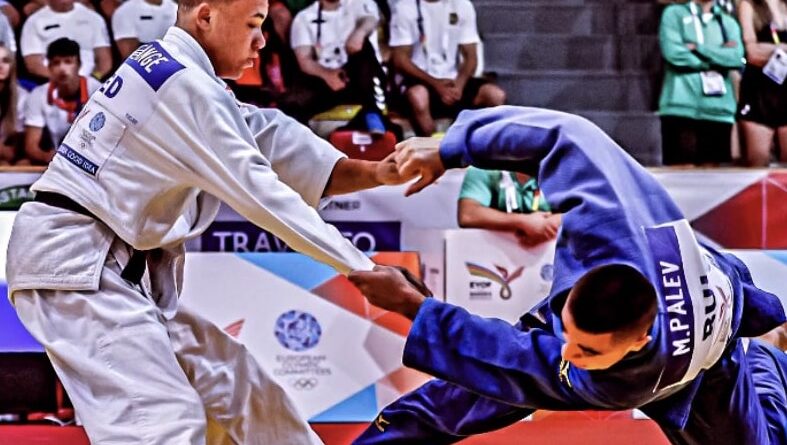 Coaches of youth judo athletes might be under the influence of some extraordinary elite judo athletes that have won elite competitions at a relatively young age and might put youth athletes under pressure to gain as much fighting experience as fast as possible. The present study aims to present a 5-year competition structure, volume and age competition categories (ACC) range in which youth judokas competed with 10-year dropout status. Data from 46 judokas were collected (M = 24; F = 22) for four categorisation classes (National-NC; Perspective-PC; International-IC; World class-WC). Competitive structure, volume, performance and number of ACC were collected from 2009 to 2013 for all age groups from scores and standings records of the National Federation. Youth judokas competed in 8 (±2) competitions per year and also competed in 3 (±1) ACC. Abroad competitions affect the fighting experience and competitive success (CS). CS showed positive correlations with the number of ACC in the year 2009 (p = 0.01), 2010 (p = 0.01) and 2011 (p = 0.04). The final observed years’ CS 2012 (p = 0.009) and 2013 (p = 0.002) showed a negative association with the number of ACC. CS in the final observed year 2013 showed a positive association (p = 0.012) with the dropout status in 2018 and a negative one with the number of abroad competitions in 2013 (p = 0.029). In total, 52% dropout was noted in 10 years. This ‘’playing-up’’ approach was shown to be successful in creating youth medalists. However, just in the short term, if implemented for too long, it starts to affect competition success negatively and increases youth athletes’ dropout. Therefore, coaches should include more competitions abroad in competitors’ primary age group, while training sessions could be done with higher age groups which would allow for gathering additional experience in a more controlled environment in their yearly periodisation.