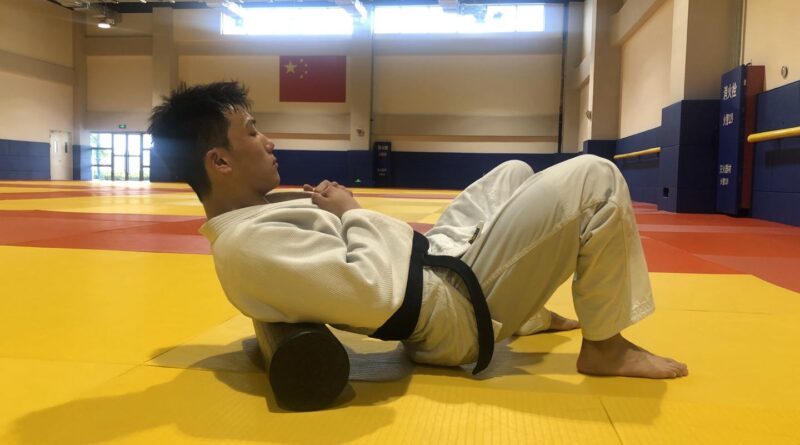 I’m sure you’ve already heard of and seen many people in the gym rolling on what is called a foam roller. Perhaps you’ve even personally used it yourself, or in coaching sessions. Have you ever wondered what it’s for? What’s the point of it? Do you even know what it is? A foam roller is a popular tool that is commonly found in training centres and gyms. Foam rolling is often used separately either in a warm-up routine, in between exercise and/or after exercise. Many recreational fitness enthusiasts and novice athletes believe that foam rolling can increase performance, however, the majority of research shows that that may not be the case. So, if it doesn’t increase performance, is foam rolling worth your time?

According to a recent 2019 review of various studies on foam rolling by S. Hendricks et al, foam rolling was found to be a useful tool to compliment other warm up and recovery techniques. Contrary to popular belief, foam rolling does not enhance performance and if you foam roll during exercise or during a workout, it can actually decrease your ability to produce force i.e. perform less repetitions (Monteiro et al., 2018, 2017b, 2017c). This is an important concept to take note of, because it indicates that foam rolling is best used only for certain stages of training, and not others.

Foam rolling may actually be beneficial to use in a warm-up, a cool down or a recovery session (Hendricks et al., 2019). The systematic review revealed the following:

• Warm-up: Foam rolling appears to be a good tool to use during a warm-up to increase flexibility, but it is advised to use foam rolling in combination with an active warm up (increasing your heart rate) and dynamic stretches (mobility drills). This can be important for a Judoka or those in combat sports as these athletes commonly find themselves in extreme joint positions.

• Cool down or recovery: Foam rolling can be used after exercise to enhance recovery and the muscle soreness that follows. Therefore, if recovery is enhanced and DOMS (Delayed Onset of Muscle Soreness) lessened, it might be possible to train more frequently. This can prove helpful for any athlete who trains 6 days a week, and sometimes twice a day, as they be able to return to baseline performance sooner.

When it comes to warming up, static stretching has been shown to have a negative impact on performance (Behara and Jacobson, 2017; Healey et al., 2014), and despite what the research says, people still use static stretching during their warm-up routines. Given foam rolling’s effect on increasing flexibility, it has been suggested that foam rolling should be added into a warm-up routine to replace static stretching, as it doesn’t have any negative impact on performance and can be used in combination with dynamic stretching and an active warm-up (Martinez-cabrera and Nunez Sanches, 2016; Morales-Artacho et al., 2017; Su et al., 2017).

However, foam rolling should not form the sole basis of a warm-up program, because dynamic stretching has been shown to increase athletic test performance on its own (Jones et al., 2015). An active/aerobic warm-up paired with dynamic stretching should take priority over foam rolling as there is a lot of research that exemplify enhanced performance and attenuation of muscle stiffness (Martinez-Cabrera and Nunez Sanches, 2016; Morales-Artacho et al., 2017; Peacock et al., 2014; Su et al., 2017). Personally, I use a foam roller on athletes when I know they have a specific movement problem. To improve their movement, they will roll a few specific muscles in the warm-up.

If you are using foam rolling for a recovery session and you have a bit more time, then it’s advised to roll the involved areas that you use in your sport or undergo a full body routine. The majority of research recommended to slowly foam roll an area for 30 to 60 seconds, for 3-5 sets (times). It was also recommended to rest from rolling the same area for 10-30 seconds. Rolling an area for a total of 90-120s proved to obtain benefits, as mentioned above. However, this can be time consuming and is partly why I choose to target a few key areas in a warm-up and do a full body routine during a separate recovery session on a recovery day. The research on foam rolling’s effects on recovery was interesting because it showed some signs of an athlete being able to return to normal performance faster (Macdonald et al., 2014; Ray et al., 2017; Romero-Morelda et al., 2017, 2019).

With the studies included in the systematic review by S. Hendricks et al (2019), there seemed to be a consensus that the effects of foam rolling on flexibility may be limited to 10 minutes. The foam roller of choice was a roller with a PVC pipe in the middle, because this roller exerted more pressure than the rollers that are purely made of foam (Curran et al., 2006). The study warned against using foam rolling in between sets of a resistance training session because it may hinder one’s ability to continually produce force. Unfortunately, we do not know why this was the case. More research is needed to discover what the mechanisms of foam rolling are. This may be beneficial for prescribing foam rolling in the future.

Foam rolling programs can be individualized and, I like to add something that is called ‘Pin-and-stretch’. This means that, after you have foam rolled the entire length of the muscle, you hold the foam roller on a tender point and add an active movement to your limb. An example of this is to foam roll the quadriceps (front of the thigh) 10 times, then hold the foam roller on the most tender spot and slowly bend your knee 6 times.

While foam rolling does not seem to be harmful, it can sure waste the time of the coach or athlete if it is not used correctly. In my opinion, if foam rolling reduces muscle stiffness and increases mobility, then foam rolling should be used in the warm-up to achieve both the recovery and warm-up effect. This may help you save time, as opposed to using a foam roller in your warm-up and cooldown sessions on the same day.

Hendricks, S; Hill, H.; den Hollander, S.; Lombard, W.; Parker, R., 2019. Effects of foam rolling on performance and recovery: A systematic review of the literature to guide practitioners on the use of foam rolling, Journal of Bodywork & Movement Therapies, https://doi.org/10.1016/j.jbmt.2019.10.019

One thought on “Update on Foam Rolling: Is it worth your time?”