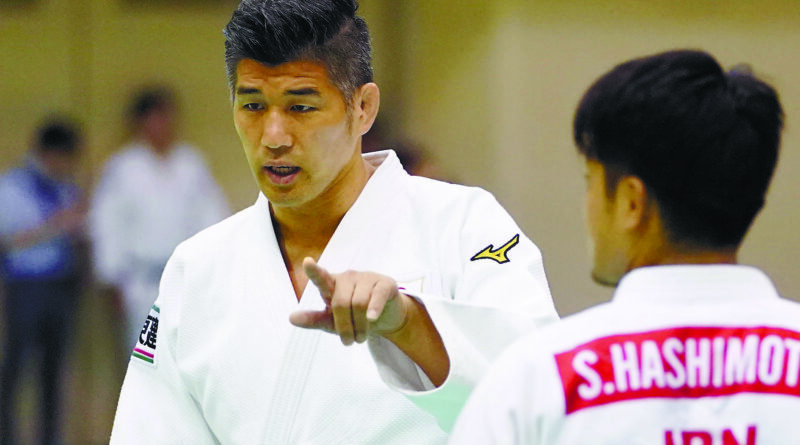 Check out this interesting article published by JC Yamamoto on his blog about the training of Japanese judo coaches.

At the beginning of this month of April, the Japanese Olympic Committee (JOC) announced the participation of Masashi EBINUMA in the “Training Program for Coaches Abroad” who was nominated by the Japan Judo Federation (AJJF) before the call for applicants made by the JOC.

Thus, the 3-time world champion and 2-time Olympic medalist Masashi EBINUMA who announced his retirement from competitions in 2021, shortly after winning the -73kg category in the National Championship by Weight Category and who was appointed as assistant coach of the men’s team (in charge of the -60kg and -66kg categories) and head coach of the powerful business team of PARK 24 where he fulfilled the double role of athlete and coach, will soon leave for Cardiff, the capital of Wales, where he will remain for 2 years , not only to study the training systems applied in Europe, but also to improve their command of the English language, assist Japanese athletes participating in the championships and training camps held in Europe, and establish personal links with their European colleagues .

In addition, EBINUMA, which enjoys the respect and recognition of athletes for its sporting and human qualities, is a member of the Athletes Committee of both the AJJF and the International Judo Federation (IJF).

At the beginning of this month of April, the Japanese Olympic Committee (JOC) announced the participation of Masashi EBINUMA in the “Training Program for Coaches Abroad” who was nominated by the Japan Judo Federation (AJJF) before the call for applicants made by the JOC.

It had been 5 years since a Judo representative, Yusuke KANAMARU, was last selected for this program. In the case of KANAMARU, who was the coach in charge of the last Olympic champions Shohei OHNO (-73kg) and Takanori NAGASE (-81kg) in the coaching staff commanded by Kosei INOUE, he participated in the 1-year program, between August 2017 and August 2018, based in Cardiff, as will EBINUMA.

KANAMARU who completed the 2 Olympic cycles as coach of the men’s team together with INOUE, is currently a member of the AJJF Selection Committee and as of last April, he was appointed technical director of the team (businessman and non-university) of the RYOTOKUJI University that has Among its main figures are the Olympic champion and the only active male Triple Crown winner, Aaron WOLF and the last world champions Natsumi TSUNODA and Ai SHISHIME.

Among the former participants in this training program are several current members of the AJJF Selection Committee, starting with its president, Jun KONNO, who spent 1 year (2000) in Colorado Springs (USA) and his 2 vice-presidents, Kosei INOUE and Atsuko NAKAMURA (née NAGAI) who spent, respectively, 2 years (2009 and 2010) in Edinburgh and London (UK) and NAKAMURA, 1 year (2001) in London (UK). Other members of the Selection Committee who participated in the program are in addition to the aforementioned KANAMARU, Chiyori MASUCHI (TATENO née, wife of Katsuyuki MASUCHI, technical director of the women’s team), Kenzo NAKAMURA (former vice-president of the Selection Committee and husband of Atsuko NAKAMURA), Noriko SONODA (née ANNO), and Maki TSUKADA. Likewise, Yukimasa NAKAMURA and Ayumi TANIMOTO who also participated in the program were, at the time, respectively, coaches of the men’s and women’s teams.

Yasuhiro YAMASHITA himself, current president of the Japanese Olympic Committee (JOC) and the Japan Judo Federation (AJJF) has been a participant in an international exchange program promoted by TOKAI University, which is one of the leading universities in this type of program.

It should be noted that this “Training Program for Coaches Abroad” of the JOC aims to train future national team coaches, sending promising young coaches who belong to the affiliated federations in order to be trained in the most modern systems of training of their respective disciplines and at the same time, learn about the development programs for elite athletes applied in the different countries.

The program differentiates participants into long-term interns (2 years abroad) and short-term interns (1 year) and in both cases, the intern must be based in a single fixed location.

Those who apply to participate as interns in this program must meet the following requirements: (1) have the guarantee of their acceptance by a receiving institution at the destination, (2) have the authorization of the person in charge of the institution to that pertains to your participation in the program, (3) have sufficient knowledge of the language to be able to receive the training, (4) be available to leave before the end of August of the corresponding year and (5) upon your return, be willingness of the JOC or its federation to develop their activities as a coach.

Every year the JOC calls for applicants to the affiliated federations who, if one or more candidates apply, must submit a letter of recommendation and, if more than one candidate submits, state the order of priority. Selection is made through background checks and a personal interview. The number of selected candidates depends on budget availability each year. For example, for this year, 3 candidates (volleyball, judo and triathlon) were selected as long-term interns and only 1 (ski) as short-term intern.

The selected intern must sign an agreement with the JOC and submit a training plan. Once the internship has started, each intern must submit a quarterly report and once completed, they must submit a final report that the JOC publishes on its Official Page.

According to the “Basic Sports Plan” formulated by the Ministry of Education, Culture, Sports, Science and Technology in 2012, which considers it essential to improve the level of leaders to improve the individual level of athletes and the teams they represent In Japan, the Academy has been carrying out various training and experience-sharing activities in order to enhance the capacity of coaches and support staff of the teams that are sent to international competitions, beginning with the Olympic and Paralympic Games, not only on issues related to training, but also on aspects such as sports management and communication.

The theoretical and practical training aimed at the coaches of the selections of the different disciplines lasts 8 weeks and also includes a final exam. In addition, the Academy has a continuing education system through various refresher courses and conferences.

The basic concepts that govern the training of national coaches in the Academy are summarized in the keywords such as “Elite”, “Professional”, “Global”, “Interactive” and “Team Japan” as indicated below.

Between 2007 and 2020, a total of 546 coaches from the federations of the different federations completed the training at the Academy, of which 28 were coaches from the AJJF. It should be noted that a large part of the Judo coaches, in addition to having the corresponding license as AJJF Judo Instructor, are university graduates in careers related to Sports Science with some postgraduate degree (master’s and doctorates) who have teaching positions in their respective universities.

Judo, since its founding times, has attached great importance to international experience in the training of its best cadres. It was thus that Jigoro KANO has sent to the USA two of his main disciples such as Yoshitsugu YAMASHITA (1865 – 1937) and Tsunejiro TOMITA (1865 – 1937), not only to spread Judo abroad, but also for the formation of the same as instructors and the development of Judo.

Undoubtedly, in Japanese Judo there is an (informal) system that guides the great champions, mainly the winners of the Triple Crown (National Free Weight Champion, Olympic Champion and World Champion) to train to be a coach and/or director. coach of the national team and later, leader, being its greatest exponents the current presidents of KODOKAN and AJJF, Haruki UEMURA and Yasuhiro YAMASHITA.

In highly competitive Judo such as the current one, training and updating at an international level is essential for Japanese Judo, in order to maintain leadership.

So far, the AJJF has been very successful in promoting its future leaders and surely EBINUMA will not be the exception.