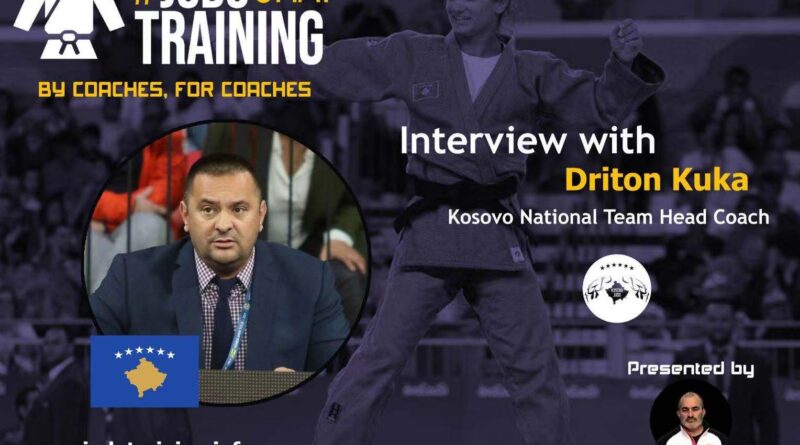 JUDOTRAINING interviewed Driton Kuka, judo head coach at Kosovo National Team (in English). This successful coach has trained the five athletes qualified for Tokyo Olympics, all of them in Top 8 of the IJF World Ranking.

“Driton Kuka is a legend coach in Kosovo. A former judoka, Kuka was robbed of his Olympic dream in 1992 by the bloody collapse of federal Yugoslavia and never had the honour of representing Kosovo, which declared independence from Serbia in 2008, internationally. Today in 2014 Kosovo was recognized by the IOC as Olympic participating country”…read more at Judoinside.