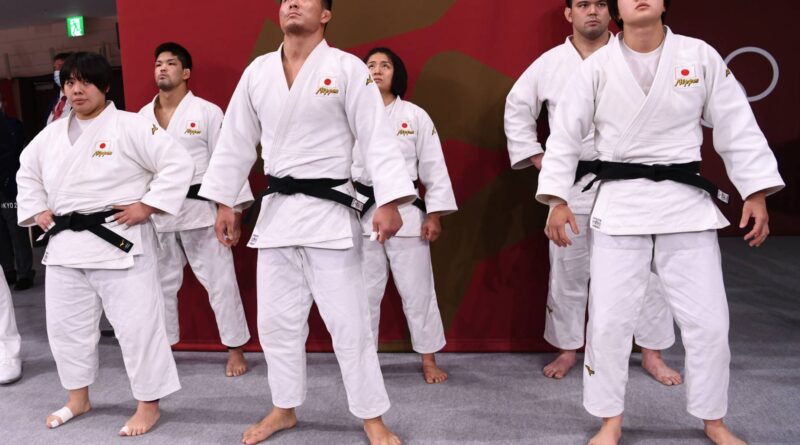 Check out this interesting article published by JC Yamamoto on his blog about the characteristics of Japanese judo.

Particular characteristics of Japanese Judo that make it a unique and incomparable style of Judo.

Although Japanese Judo is currently going through one of the best moments at an international competitive level, which it will surely ratify in the next Tokyo 2020 Olympics, but this excessively competitive bias that it has taken has caused the practicing population to decrease in the latter. 2 decades at a significantly higher rate than the decline in the general population.

This competitive success, despite the important progress made by other countries, is due to a very good conjunction achieved between the traditional style of Japanese Judo and the adoption and adaptation of the best of Western Judo, especially in relation to the systems of state-of-the-art physical training based on scientific evidence.

What has not yet been achieved is the recovery of the practicing population that continues with its declining trend, despite the efforts being made by the Japan Judo Federation (AJJF). For many specialists and scholars, this would require major changes or reforms to the traditional Japanese Judo system to adapt them to the changes observed in Japanese society. Surely, this would imply “sacrificing” part of some cultural aspects of traditional Japanese Judo, so the great challenge here would also be to achieve a good balance of achieving modern Judo, without losing its essence as Budo or Japanese martial art.

Starting with this Note, I will try, within my limitations, to analyse some distinctive aspects of Japanese Judo that, on one hand, have taken it to the highest level in the world at the top of its pyramid, and on the other, it is experiencing a crisis in its base. The striking thing is that, worldwide, there is a growing interest in Japanese Judo these days, a fact demonstrated by the large number of foreign delegations that visit both the KODOKAN and the different universities and the hiring of Japanese technicians by different federations and foreign organizations. It should be remembered that, at some point, Japanese Judo had lost its international prestige, causing, especially European Judo, to consider that it no longer had anything to learn from Japanese Judo and that the centre of world Judo had passed to Europe. The recovery of international prestige by Japanese Judo, thanks to the good competitive results achieved, displaying a characteristic style has allowed a phenomenon that some have called “Creative destruction of traditional Judo or re-japanization of Modern Judo” we have referred to in a previous note.

First, I will try to list and briefly describe the main characteristics of traditional Japanese Judo that differentiate it from Judo practiced in other countries and that, together, have resulted in a unique style based on technique (without excessive dependence on force especially arms). These particular characteristics of Japanese Judo are, among others, 1) its teaching / learning method, 2) the practice based on uchikomi and randori, 3) the duration of the practice centred on the randori, 4) the free competitions of weight and by equipment, 5) the environment where it is practiced and 6) the relationship between the instructor and the students.

As we have mentioned in the quoted note, one of the main differences between Japanese Judo and Western Judo lies in the teaching / learning method. In traditional Japanese Judo, Judo is learned by looking at the teacher, while in Western Judo, it is learned by listening to the teacher. So much so that, in the learning process in Japan, the sequence is; 1) look at an example, 2) repeat it physically, 3) assimilate it with the body and 4) assimilate it mentally, whereas, in the West, the sequence is; 1) listen to the explanation, 2) assimilate it mentally, 3) repeat it physically and 4) assimilate it with the body.

In relation to the learning method or the relationship between teacher and disciple in the disciplines of Budo or martial arts and in other disciplines of art, in Japan there is the concept of 3 stages called “Shuhari” that some have translated as “first learn , then detach and finally transcend “, where the stage of” shu “(protection) corresponds to the stage of learning (following a model) under the guidance or guidance of the teacher until reaching the level of being able to carry out the work on their own,” ha ”(break) corresponds to the stage in which the disciple can analyze and introduce improvements in the work and“ ri ”(separation) to the stage or level in which the disciple can develop new knowledge or techniques.

2) Practice based on uchikomi and randori

This difference in teaching / learning also means that the basis for learning and perfecting a technique in Japan is its repetition in great quantity through uchikomi and randori, for its practical application.

The basic uchikomi is the one performed in a static or fixed form without displacement to achieve form and precision in the execution of the nage-waza techniques, especially in its kuzushi and tsukuri phases. Once the form and precision are achieved, their speed is increased to add power to the execution and to train the muscles of the body for each technique. The distinctive characteristic of Japanese Judo is the performance of a routine of this basic uchikomi with a large number of repetitions, while, in other countries, the same routine is performed in much less quantity and also, more attention is usually paid to the uchikomi in displacement (skipping or minimizing the static uchikomi because it is boring for the practitioner), which, in Japan, is only a complementary application work.

In general, the constant repetition of the same techniques that is the basis of practice in Japanese Judo, is not adapted to practice in the West where practitioners constantly demand new technical jobs (so that the practice does not become boring), while that, in Japan, experimentation and the incorporation of new applications is carried out by the student himself, once the base has been acquired through repetition.

3) Duration of the practice focused on the randori

Another of the distinctive characteristics of Japanese Judo is the long duration of its practices focused on randori, although currently many Japanese coaches are trying to improve the efficiency of the practice and thus reduce its duration that can become excessively long.

Many Japanese instructors and coaches visiting other countries are struck by the shorter duration of practice and especially the short time spent on randori. Mainly, in Europe there is a tendency to perform the randori much more intensively for a more limited time and with a rest time between each randori, while in Japan, relatively long and continuous randoris are performed without intermediate rest and with companions of different weights.

In Japan, there are many team competitions and some of them are free of weight and, in addition, the most important individual championship that gives the maximum prestige to its winner is the National Free Weight Championship.

At the secondary (lower and higher) and university level, although there are individual competitions by weight categories, the main competitions are those carried out by teams between the different schools or universities. The two modalities of team competitions are by members of each category or weight band and by members free of weight (normally 5 members), being the goal of a large part of the student competitors, to become part of the representative teams of your high school or college (usually your senior year).

Therefore, the Japanese competitor is used to competing against much heavier rivals, even if he does not try too hard to qualify for the National Free Weight Championship, prioritizing the race in his category. Thus, for example, there are clashes between Shohei OHNO and Hisayoshi HARASAWA in a university competition or between Uta ABE and Akira SONE in a secondary competition.

5) Environment where it is practiced

Another characteristic of Japanese Judo is the fact that its practice is concentrated in educational institutions as one of the extracurricular activities with educational or training purposes, while, in a large part of European and American countries, clubs are the most common practice places. The fact that it is practiced in educational institutions, mainly in lower secondary schools (3 years: 12 to 14 years), higher (3 years: 15 to 17 years) and universities (4 years: 18 to 21 years) makes the bands of ages of the practitioners well limited, which, obviously, facilitates teaching and practice oriented to competence. While, in the clubs of other countries, the ages of the practitioners are much more diverse and competitive and recreational Judo coexist.

The universities with the most competitive Judo teams recruit the most outstanding athletes in secondary student competitions by awarding scholarships and also have their own secondary schools where they form the “seedbed”.

This characteristic of Japanese Judo where there are practically no sports clubs as they are known in the West and private gyms are still little spread, makes it much more difficult for an adult to start practicing than in other countries. Other places of practice are community or neighbourhood centres or police dojos, which, in general, are not sufficiently equipped to receive adult beginners.

On the other hand, just as in Europe there is a movement to bring Judo in schools, in Japan there is an initiative to bring Judo to community sports centres, so that their infrastructure is shared by several schools in the region.

6) Relationship between instructor and students

This difference is also reflected in the fact that, in Japan, it is practically impossible to see the most advanced instructors themselves conducting a warm-up session as happens in other countries, since those who carry out the different routines within a practice and care of the newer students are the more advanced students and not the instructor in charge.

Likewise, in Japan, the relationship of respect is observed and maintained over time also between “kohai” and “senpai”, that is, students from one class versus those from a previous class (advanced) from the same school or university.

Together, these distinctive characteristics of Japanese Judo have made it possible to create a unique style based on technique that does not depend entirely on strength, especially the arms. In my humble opinion, two of the main characteristics that contributed the most to the creation of this unique style is the practice based on long series of consecutive randoris and the free weight competitions.

The long series of randori that include companions of higher weights, force the practitioners to learn to work with the whole body, dose force and alternate phases of attack and defence, maintaining a good posture, a good taisabaki and distance management or ma-ai for both attack and defence, without depending exclusively on the strength of the arms. Thus, a style of Judo has been created characterized by a constant advance and attack with relatively relaxed arms that allow a fast and effective taisabaki to be performed.

Although these long, uninterrupted series of randori may seem irrational and inefficient, they should be the only way to achieve the particular style of technique-based Japanese Judo. Although the latest changes to the refereeing regulations and the shortening of the fighting time to 4 minutes has forced different aspects of training to change, including the duration of the randoris in most of the dojos, it is currently common to speak of 2 or 3 series of 6 tachiwaza randoris of 5 minutes with rest between series, to which a series of newaza randori can be added. In the past, it was common to speak, for example, of a series of 12 randoris of 6 minutes or 10 of 7 or 8 minutes.

In this way, I have tried to provide a general overview of some of the characteristics of Japanese Judo that gave rise to a particular style of Judo that currently has Shohei OHNO as one of its highest representatives, as figures such as Isao OKANO were at the time. , Toshihiko KOGA, Tadahiro NOMURA and Kosei INOUE. In the following Notes, we will try to delve into some of these characteristics, in order to contribute, as far as possible, to a better knowledge of Japanese Judo.