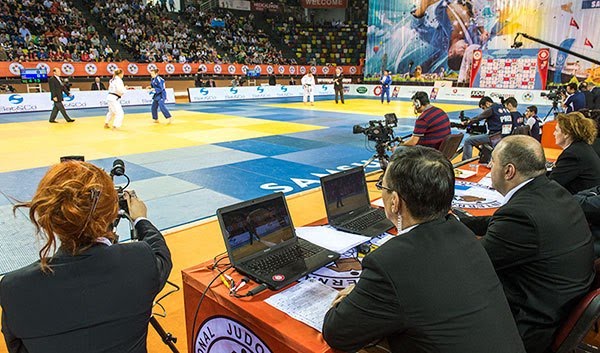 The video review (VR) analysis is a technology implemented in high-level competitions in different sports, such as team sports (e.g. football, rugby, ice hockey, basketball, etc.), individual sports (e.g. badminton and tennis) and combat sports (e.g. karate, taekwondo and judo). This type of technology is of great value in interpreting doubtful results, as it impacts in the referees’ decision, as well as it is related to questioning coaches have in specific actions that occur during official sports competitions. Recently, some studies have investigated the effects of VR on competitive results in football [1, 2, 3] and karate [4], and the findings of these studies reinforce the importance of VR checking in official competitions to minimize errors.

In judo, for example, there were several rules changes over years, especially from 2009-2013 [5], thus making match-related decisions even more complex. From this perspective, it is important to identify the role of VR technology as a parameter to assist in the interpretation of actions during official judo competitions (Figure 1). Recently, Kons et al. [6] (full text in: https://www.tandfonline.com/doi/full/10.1080/24748668.2021.1926165) described the frequency, duration and time of VR occurrence during international judo matches. In this study, we analyzed two Grand Slam judo competitions disputed in 2020. One thousand four hundred and twenty-three official judo matches in the two Grand Slams were watched, but in 122 matches there were VR checking. Considering these matches, the main results showed most VR occurred in the first minutes (1-2 min) for female athletes; no significant differences were detected for VR duration and time when VR occurred considering sex (male and female) and different weight categories. A relevant result was that the score assignment was the most performed action by the referee after VR checking (77% for male and 64% for female), and more than 80% of athletes (male and female) won their matches after referees’ checking. This study provided important information about the use of VR technology to minimize errors during international official judo matches, allowing for legitimacy of more precise outcomes. These findings are similar to the results of other sports that use this technology.