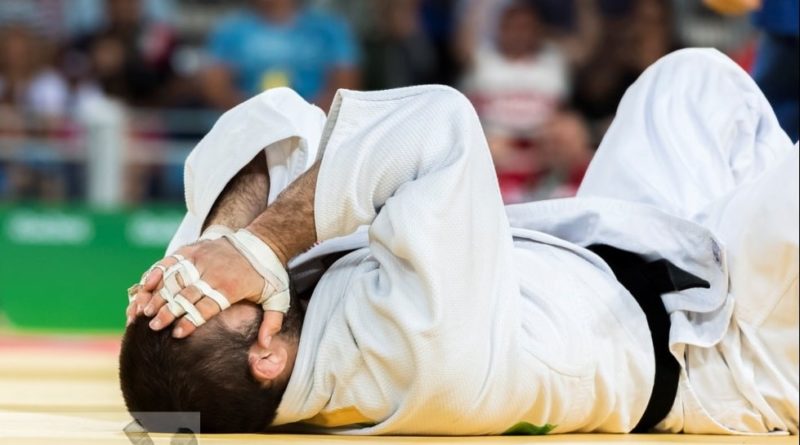 Tom is a physiotherapist from Ireland specializing in sports rehabilitation. He works at Chongming training facility in Shanghai, doing injury rehabilitation with athletes from 12 different Olympic sports, of which judo is his main focus.

The study I am discussing today is by Akoto et al. and was released in the British Journal of sports Medicine in April 2017. This type of research is called an epidemiological study, which basically means that they have looked at a group of athletes (in this case, judokas) to get an overview of what the main serious injuries are within the sport. This type of research is common in all sports, as injuries obviously have a negative impact on performance, training attendance and competitions. They also affect the injured athlete’s professional and personal lives, as well as those of their teammates and coaches. Obviously, different sports will have different key injuries; for example, shoulder injuries in swimming, hand injuries in boxing etc. Identifying the most vulnerable parts of the body means that injury prevention programs can be focused on the area most likely to be at risk of injury. It’s not enough to just count how many injuries there are per joint – It’s also really important to know which injuries are the most severe – eg. an ankle sprain which causes 2 weeks loss of training is not the same as an Anterior cruciate ligament (ACL) tear which requires 9+ months of rehab. So this study also looked at which injuries caused the most amount of training to be missed.

The study took the form of an online survey on European Judo Union and German Judo Federation Facebook pages. Active and retired Judoka could access the survey in French, German or English and there were Over 5400 participants. The participants self-reported their injuries throughout their career, reporting the diagnosis for the injury, the amount of time lost from training and the final outcome after the injury (back to competition, retirement etc.). The results were also split up according to the gender of the judoka and their competitive level, from international elite to amateur.

Main Thing From It : Knee Injuries In Judo – Compare To Other Sports

The graph above represents the injuries reported by these athletes. You can see that the most common cause of injuries in both male and female judoka was “unspecified” knee injuries. “ACL Rupture”, an injury to the knee ligament I referred to earlier, was the 4th most common injury. This is very alarming, as a complete ACL tear almost always requires surgery in young or active people. This is a complex surgery and afterwards requires a minimum of 9 months for effective rehab and afterwards, the risk of re-rupture if the athlete returns to competition is high. These athletes are also more likely to develop knee osteoarthritis in their later life.

You can also see that these ACL injuries are a bit more common in female athletes. This greater risk of ACL injuries in female athletes is already well researched and this is the reason why so much research has been done into preventing ACL injuries in women’s football, for example. So even though ACL injuries are only 4th in this graph, because they take so long to recover from, they easily represent the greatest loss in training time within judo. In this study, 64% of those with ACL injuries required over 6 months to return to training. Those who required less time were likely those who did not have a full rupture. It is not surprising for me that knee injuries are the most common injury, as this is in line what I have experienced myself from working in judo in the UK and China. The most common way to injury not only the ACL, but also other structures inside the knee, is a twisting or inwards movement of the knee while the foot is in contact with the ground. With the amount of twisting involved in judo, it is not surprising that ACL injuries are a problem.

It appears that there is a huge need in judo for a knee injury prevention program. FIFA, the governing body for football, recognized a similar problem with knee injuries and developed the FIFA 11+ program. This is a 20 minute program focusing on knee strength and stability which can be done twice a week as part of a training warm-up. This program has already been developed, and research has already shown it can reduce knee injuries by 30% and the risk of ACL injuries by 50% in the football players studied. The program has been designed so that coaches of all levels can implement it with little training and FIFA provide online training and info-graphics to assist them. I was unable to find any similar type of injury prevention program from the IJF. After a quick review of the injury database, I could only find one program in the early stages of development, the “Judo 9+” by Malliaropolous et al in 2014. This program was not specifically designed for knees, but moreso for the entire leg. Although Malliaropolous’ program has been designed, no research yet has been done onto whether it is actually effective at reducing leg injuries, which is an important next step in developing an injury prevention program for a sport. Research must show that it is actually effective in preventing those types of injuries and that the program is easy to implement. I will do a review of this program in a future article. I only searched for injury prevention programs in English, so please let us know if your country has an injury prevention program that might be in a different language.

In the meantime, do I think that programs like the FIFA 11+ could be effective in a judo population? I don’t think it would be perfect, as the FIFA is designed for football and to be done on a pitch, but I definitely think it would be better than doing nothing at all. Any program that improves strength and stability around the knee will not only reduce the risk of ACL injuries, but also all other types of knee injury.

This study also showed that the 2nd and 3rd most common injury sites are the shoulder and acromio-clavicular joint (the joint which is above the shoulder but is separate to it). This is definitely something that merits discussion and I will discuss shoulder injuries on their own in a future article, as it is a big subject.

How reliable is the information in this study? Assessing the quality of any study is important to ascertain whether you can trust the information in it or not. There are 2 big, noticeable flaws with this study, but personally I don’t think these would change the main results coming from it. The first one is that the judoka reported their injuries in the survey themselves. Typically in these types of studies, the diagnoses are done by medical professionals who are working with the judoka. This increases the likelihood of a more accurate diagnosis, and ensures that all the diagnoses are coming from clinicians with a similar level of clinical experience.  The second flaw is that the injuries were recalled them from the judoka’s memory, which is called a “retrospective analysis”. Usually these studies are done “prospectively”, which means that the injuries are recorded at the time that they happen, so that the missed training time can be measured accurately. The clearest evidence for both of these flaws is the fact that the most common injury is “unspecified knee injury”, showing that either the judoka were not given a specific diagnosis, or cannot recall it.

The reason I do not think that these flaws affect the main message is that even without a specific diagnosis, judoka will remember the joint affected. Also, an ACL rupture is an injury that usually has an associated surgery, so the judoka are less likely to be confused about their diagnosis. Although participants might mistake how long an injury affected them, they would not mistake a 2 week injury taking 9 months to heal – so although they might make some errors, I don’t think this would be great enough to massively change the results of this study, unless there are some very bad memories in these judoka!

This survey was only available to French, German and English speakers, so it would be very interesting to see if studies done in the former USSR and Asia, which have different fighting styles, would have found different results. Again, I can only access English language studies, so please let us know if your country has done similar studies in your language.

How can you use this information? It depends on the size of your judo team and the amount of support that you have.  If your team has its own physiotherapist, they could focus their injury screening on knee strength and stability testing. This study also suggests that we might need to focus a bit differently on male and female athletes, with a slightly greater focus on ACL injuries in female athletes, for example.  If you don’t have access to physiotherapist or Strength and Conditioning coach – using something like the FIFA 11+ could be a good starting point, until something more judo-specific is developed.

If there was anything in this article that you were confused by or interested in, please comment and in future I can do something explaining any of these topics.

Some possible future topics include;