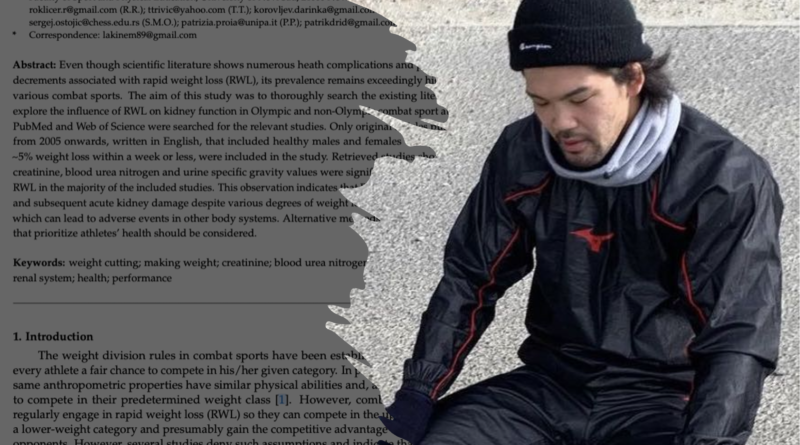 Even though scientific literature shows numerous heath complications and performance decrements associated with rapid weight loss (RWL), its prevalence remains exceedingly high across various combat sports. The aim of this study was to thoroughly search the existing literature to explore the influence of RWL on kidney function in Olympic and non-Olympic combat sport athletes. PubMed and Web of Science were searched for the relevant studies. Only original articles published from 2005 onwards, written in English, that included healthy males and females who prompted ~5% weight loss within a week or less, were included in the study. Retrieved studies showed that creatinine, blood urea nitrogen and urine specific gravity values were significantly increased after RWL in the majority of the included studies. This observation indicates that RWL caused dehydration and subsequent acute kidney damage despite various degrees of weight lost during the RWL phase, which can lead to adverse events in other body systems. Alternative methods of weight reduction that prioritize athletes’ health should be considered.